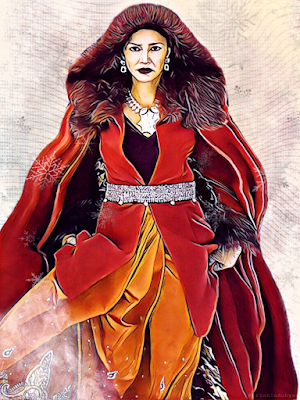 The worst truth about health care in American is how much you have to fight for it. For the care you think you've already paid for. That you've signed all the forms for, paid all the premiums for, met your deductible for, given over all your information for and in some cases, given up your dignity for. And yet....

When you are most vulnerable, most afraid, most unprepared for the task - you will often have to fight the hardest, the dirtiest, the ugliest. That could sum up a good portion of this entire last year. My husband was in the hospital. I was sick. Our dog needed surgery. Everything happened at once, and just kept happening. If I had to some up the year with one word, it would be relentless.

I spent most of my time at the hospital waiting. Waiting for doctors to talk to me. Waiting for lab results. Waiting for X-ray interpretations. Waiting for any goddamn thing that meant we were making progress or learning something new. Waiting to hear hat my husband was getting better. That we could have our life back.

And at the end of all the daily waiting, I'd  end up with a day, or several days, of nothing. Lab results but no answers. Doctors talking but no information. No progress. We were all treading water.

So I started making art on my phone. Just to pass the time. To have something to look at on the phone. I have my  professional art, but I wasn't making that sitting in the hospital hallway. I wanted to make art for my own amusement. Something fun with no other purpose - no one to impress, no one to please but myself. Then I started using my tablet. I made so much random crap, but it was diverting. I had something to look at at the end of the day. I started sharing my work on social media. It's not like I was sleeping anyway.

During that time, I fixated on an image. I made it my touchstone. Chrisjen Avasarala marching through the snow. She, especially in that scene, just symbolized what I had to do on a daily basis.

Get the fuck up.
Surround myself with the best advisors/helpers/friends I could find.
Learn what I need to learn from this.
Do the thing in front of me that needs doing.

That was the first part. I had to get back up every time I fell and figure out what I needed to learn. I kept a journal. I asked questions. And more questions. I asked for help. If they couldn't help me, I asked who they thought might be able to. That brought me to the next part.

I still wasn't sleeping. I could barely eat. I wasn't taking care of myself. Still thinking about The Expanse, and where each character arc was leading, I realized something that made everything better and worse at the same time. Maybe not worse, but harder.

I realized I was grieving.

My husband was slowly recovering, but I was still panicking. I was still crying. Still freaking out. I was unraveling and until that moment, I couldn't figure out why. I kept having the same incredibly unhelpful thought, like a broken record - I'm not going to get through this. This is too much. I can't get through this.

Well the statistics don't tell that story. I would very likely survive the various crises, just as most people do. These events in our lives don't generally kill us. Though in the darkest hours of the darkest nights, I might have wished it would. But no, I'd survive this, dragged into the future like most other people in my situation. But I wouldn't survive it as the person I was. And not with the life I had, that we had, before. Neither me, nor my husband would be the same after this.

I was grieving the person I had to leave behind to become who I needed to be.

And every major character in The Expanse, to at least some degree, goes through this. The question they each face - what kind of person am I going to be after this? What kind of person do I have to be just to survive this?

Like them, I was choosing, with every action, every inaction, every thought - who I was going to be on the other side. It's what we all go through when we face crises, trauma, and grief. We'll get through it, but we won't be the same. That's actually good news. If we stayed the same, had the same life, that would mean we hadn't learned anything.

So I had to create/remake/rebuild the person who survives this. I had to decide what kind of person she, the me of the future, was going to be.

And I decided it every day.
Creating art in my phone, on napkins, on envelopes of bills, writing in my journal.
Doing the thing in front of me and learning from it.

So this week, when I think of how much I have to be grateful for, how much made it through the fire of this past year, my mind constantly goes back to her.

Chrisjen Avasarala.
That look of fierce determination.
Doing the thing that needs doing.
Rebuilding herself after each catastrophe.
Walking through snow.
Happy Thanksgiving. I'm grateful for each and every one of you who reads this. I'm grateful to  everyone who helped me through those days and nights. And I'm grateful for the stories and characters of The Expanse.

One of the abstract Obsidian Order (commissioned) pieces CBS approved on RedBubble.   Another commissioned set of designs approved by CBS this week.   I finally have a handful of artwork that's been approved by CBS for sale on RedBubble! It only took 6 months, but at least now I have a better understanding of what they're looking for, and what they're rejecting. What follows is only slightly above hearsay but it's what I've learned from other Star Trek artists and from representatives at RedBubble and TeePublic (which have now merged.)   I only recently found out a lot of this stuff when RedBubble and TeePublic joined forces. TeePublic reached out to me upload my fanart over there and I asked them what the brands, particularly CBS/Star Trek was looking for. The rep actually gave me some really helpful info that isn't on the Brand Partnership page. Here's the TL;DR if you don't want to read the whole thing: Avoid actors' face
2 comments
Read more

I've been a bit quiet lately trying to handle a bit of an art business crisis. Every month I have a process where I search for my artworks across platforms to see if anyone is uploading art images stolen from my social media pages or worse, from the stores my artwork is sold on. And every month I have a handful - usually between 5 and 10. Sadly, that's the nature of the business. On February 28th, I found 52 of my artworks taken from Teepublic (I format specifically for that store, so they were easy to identify) and loaded onto Redbubble stores. On March 1st, I found 11 more. On March 5th, 13 more. On March 9th, 32 more. This time with artwork I had only uploaded in the last 2 days. Every few days I find between 10-20 more. I notified Teepublic that it looked like their site had been scraped (bots ripping images from the site - images that had no watermark but still had signatures still intact.) I told them whatever the exposure was, it was still exposed two days previously.
Post a Comment
Read more